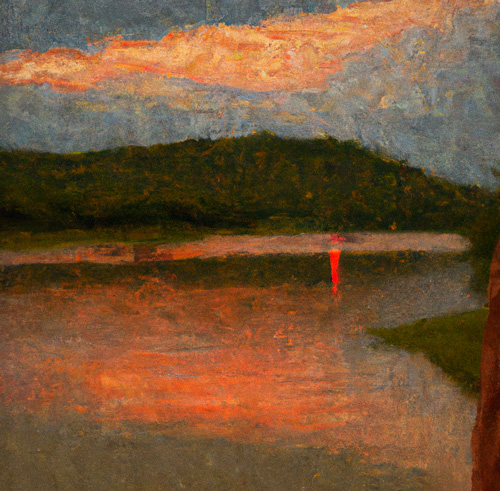 As you may know, GPT (short for Generative Pre-training Transformer) is a groundbreaking AI language model developed by OpenAI. But what exactly does that mean and how does it work?

Well, let’s put it this way – GPT is like the Tony Stark of the language model world. It’s got mad skills, tons of smarts, and can pretty much do anything you ask of it. Need it to write a news article? No problem. How about generate some creative poetry? You got it. GPT can even chat with you just like a real human (except maybe a little sassier, if we’re being honest).

But here’s the twist – unlike Tony Stark, GPT doesn’t need any special instructions or training to use its powers. It’s like it was born with the ability to understand and generate human-like text. That’s because it was pre-trained on a massive dataset of human language and can use that knowledge to generate new text that sounds like it was written by a person.

So how does GPT do all of this magic? It’s actually quite simple (well, sort of). You see, GPT is based on a type of neural network called a transformer. This allows it to process input and output text in a way that makes sense to us humans. It can even handle multiple languages, which is pretty darn impressive if you ask me.

But the real hero of the story here is the pre-training part. By pre-training GPT on such a massive dataset, it’s able to understand and use language in a way that’s almost indistinguishable from a real person. It’s like it’s got some kind of sixth sense for language.

So there you have it, a brief introduction to the amazing GPT. It’s like a real-life Jarvis (minus the snarky comments, hopefully) that can handle just about any language task you throw at it. And who knows, with all its impressive capabilities, GPT might just save the world one day. Or at least make our lives a little easier by taking on some of the more tedious language tasks. Either way, it’s a pretty cool tool to have in our arsenal.

So to summarize. You have two fundamental things here.

So, now that we’ve learned about the awesomeness that is GPT, let’s talk about some of the benefits this language model can bring to the table.

First up, efficiency. GPT can crank out language tasks like a champ, meaning you won’t have to spend hours (or even days) on tasks that it can handle in a fraction of the time. It’s like having your own personal language assistant, but without having to pay it a salary or deal with its constant complaints about needing a coffee break.

But wait, there’s more! GPT can also save you some serious cash in the long run. Think about all the time and resources you currently spend on language-related tasks. With GPT on your side, you can cut down on those expenses and funnel that money into other areas of your business. It’s a win-win situation.

But perhaps the biggest benefit of all is improved accuracy. GPT is pre-trained on a massive dataset of human language, so it has a pretty good understanding of how we communicate. This means it’s less likely to make errors or mistakes in its text generation, which is a huge plus for anyone looking to produce high-quality content.

So there you have it, a few of the many benefits that GPT has to offer. It’s like having a real-life Tony Stark on your team, except instead of building Iron Man suits, it’s busy churning out top-notch language tasks. And who knows, maybe with all its superpowers, GPT will even help you take over the world (okay, maybe not that far, but you get the idea).

Alright peeps, now that we’ve covered the basics of GPT and some of its benefits, let’s delve into some of the specific ways this language model can be used.

First up, we have natural language processing (NLP) and generation. GPT is particularly skilled in these areas, with its most advanced version (GPT-3) able to handle a wide range of NLP tasks with ease. There’s also ChatGPT, which as the name suggests, is specifically designed for chatbot-style communication. And let’s not forget about AI21, a tool that uses GPT to help you analyze and summarize long texts in a snap.

But GPT isn’t just limited to language tasks. It can also be used for image recognition, thanks to tools like Google Vision. This allows GPT to analyze and understand images, making it possible to perform tasks like image labeling and facial recognition.

So there you have it, just a few of the many uses for GPT. With its impressive capabilities and wide range of applications, it’s no wonder this language model is making waves in the world of AI. Who knows, with all its talents, GPT might just become the next superhero of the tech world.

The conclusion on the world of Generative Pre-training Transformer

Well, that’s it, folks! We’ve come to the end of our journey exploring the wonders of GPT.

To summarize, GPT is a groundbreaking AI that can handle a wide range of language tasks with ease. It’s pre-trained on a massive dataset of human language, which gives it an almost sixth-sense-like understanding of how we communicate. And as we’ve learned, GPT has a ton of benefits, including increased efficiency, cost savings, and improved accuracy.

In terms of uses, GPT can be applied to everything from natural language processing and generation, to image recognition, to image generation. There’s even the free chatbot version (ChatGPT) specifically designed for chatbot-style communication. And with tools like Midjourney and Dall-E, GPT can even help generate all kinds of text and image tasks, from marketing copy to Picasso-like paintings.

So what’s the final verdict on GPT? In our humble opinion, it’s a pretty darn impressive language model that’s changing the game in the world of AI. It’s like having your own personal language assistant (minus the constant complaints, and salary, and other stupid stuff) that can handle just about any language task you throw its way.

Thanks for joining us on this journey through the world of GPT. We hope you’ve enjoyed learning about this amazing language model and all it has to offer. Until next time!